Temporary Measures at the Sheriff's Office:

Messages from the Sheriff:

Citizens of Newton County:
​
I know that there are a lot of rumors and misinformation going around about the current state of affairs so I will attempt to put out new factual information as I receive it. Yesterday I participated in a statewide conference call with Governor Parsons. He is having these on a regular basis in order to keep everyone informed. The number of positive cases of the COVID-19 does continue to grow, including one now in Newton County. However only about 30 cases so far have required ICU hospitalization. The Governor’s staff is working daily to see what state regulations can be relaxed to help with the emergency. Please continue to follow social distancing guidelines as I believe it is helping. So far over 4 million sets of PPE (Personal Protection Equipment) has been ordered and hopefully will begin arriving soon.

Watch for scams. There have been a lot of reports of people receiving calls offering Virus Test kits. Neither the Federal Government, nor the Missouri State Government will contact anyone asking for money. Unfortunately the world is full of unscrupulous people that will try to make a profit on the misery or fears of others. If you receive such a call ignore it or feel free to contact the Sheriff’s Office for guidance.

"There is a false, debunked rumor that President Trump is calling for a two week quarantine utilizing the National Guard. This rumor is false. President Trump already used the Stafford Act to declare a national emergency on March 13th. The Stafford Act does not allow the Federal Government to impose mandatory quarantines. The Federal Government is using the Guard for Trauma and response purposes. Among many opportunities the President’s national emergency declaration opens up is the ability under Article 10, to activate the National Guard at state levels. State level activation remains under the control of state Governors. As a last resort, President Trump could initiate a full “National” activation of the Guard under Title 32."

If that were to happen, I am told the Guard mostly remains under control of state governors with the President retaining control to move them from state to state.

Please feel free to contact myself or my office if you have questions or concerns.
-Sheriff Chris Jennings
03/19/2020
​
To: The Citizens of Newton County

“I want everyone to know that during this National Crisis the Newton County Sheriff’s Office will continue to conduct business as usual. The only changes at this time is we have temporarily suspended in house visitation to the jail and we have quit doing CCW renewals and permits. This is common practice throughout the state and we will review weekly the need to continue.

Visitation with inmates is still available through phone and video. If your CCW comes up for renewal during this time period you will not be charged a late fee and your card will still be considered valid. The rest of our operations continue as usual.

I receive constant updates from both the Governor’s Office and the Center for Disease Control. Newton County Public Safety Officials are in constant contact with each other as we plan the next steps to take. Rest assured that the safety and wellbeing of both our employees and the citizens of Newton County is our first priority.”
​
-Sheriff Chris Jennings 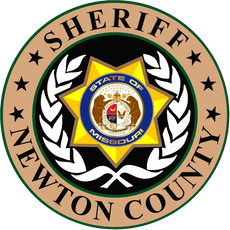 This is the official website of the Newton County Sheriff's Office in Neosho, Missouri.
We strive to serve our citizens professionally and with the utmost respect.

​Through our website you can:
access information about our jail,
​learn about applying for a CCW permit,
provide us with an anonymous crime tip,
learn more about our agency,
apply for employment with us,
contact us,
and more.

The best place to find our current news is on our Facebook page which is updated regularly. 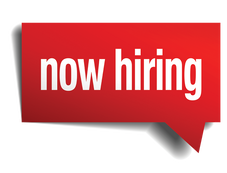 Want to work for the Sheriff's Office? We might have a position for you!
Check out our openings here.